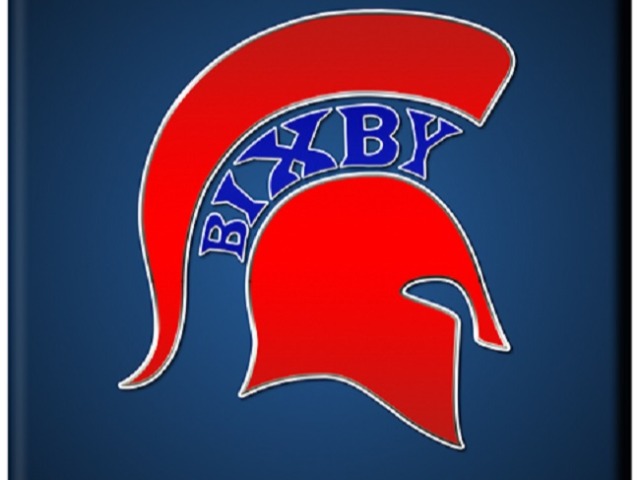 Bixby girls doing well, shooting for second at state
So far, the swim season is going pretty well for Bixby’s girls team. The Spartans have delivered two impressive performances in a row and are seeking their best finish at the state meet in February.
Following second-place finishes at both the Frontier Conference meet on Jan. 14 and the Jenks Invite on Friday (trailing only state favorite Jenks), Bixby looks to be a good bet to challenge for the Class 6A state runner-up spot this season. The Spartans have never won a girls swimming state championship.
“I am very happy with how they are performing the last couple of meets. They’ve all swum really well,” said Bixby coach Christa Thompson, whose squad finished third last year at state and fourth in 2018. “Some of them have gotten best times and some of them have gotten close to state times last year, so I do feel like they will do well at state this year.
“I’m hoping the girls will get second. It’s going to be hard to beat Jenks, just because they have a really big team, but I think we can at least pull off beating the other teams, hopefully.”
Bixby is led by seniors Kendall Stieben and Kayley Henderson, both of whom should be in the running for multiple individual state championships. Henderson won the 100-yard backstroke last year.
After winning the 50 freestyle and placing third in the 500 free at the Frontier Conference meet, Stieben switched events for the Jenks Invite and won the 100 and 200 free.
Henderson won in the 200 individual medley and finished second in the 100 back at the Frontier Conference meet, then placed second in both races at Jenks.
“They’re both doing well. They don’t hit best times every week, just because they’re so fast at this point,” Thompson said. “But they’re dropping time each meet and getting close to best times, so that’s encouraging.”
Thompson also has received impressive performances from more swimmers than in recent memory. For example, after placing third in the 100 breaststroke and fourth in the 200 IM at the Frontier Conference meet, Leah Wagner finished second and fifth in those events, respectively, at the Jenks Invite. And Savannah Jacoway placed second in the 100 butterfly and fourth in the 100 back at the Jenks Invite.
“Leah Wagner is doing really well,” Thompson said. “She’s been placing top three in the last few meets and she has been getting best times from where she was last year at state, so I’m hoping she’ll also do really well at state.”
Meanwhile, the Spartan boys, while not as proficient as the girls, also appear to be trending upward.
After placing 15th at 2018’s 6A state meet and 10th last year, the Spartans are a bit deeper this season and have been showing signs of improvement.
They placed sixth at the Frontier Conference meet and fifth at the Jenks Invite, led by junior Justin Gilliam. After placing third in the 50 free at the Frontier Conference meet and sixth in the 100 fly, he tied for second in the 50 free and came in sixth in the 100 fly at Jenks. Beau Selman finished third in the 100 breast at the Jenks Invite and sixth at the Frontier Conference meet.
“The boys team is better this year, we have a little more depth than we had,” Thompson said. “We’ve gained more boys than we lost last year, so that’s good. Some of the freshman boys are good additions, filling in some spots where we didn’t really have a lot of swimmers in the past, so I’m excited to see the boys team. I’m hoping they get in the top eight at state this year. I think they can.”
Athlete of the Week
Bixby’s Stieben is this week’s honoree after her two solid performances at the Frontier Conference meet and Jenks Invite.