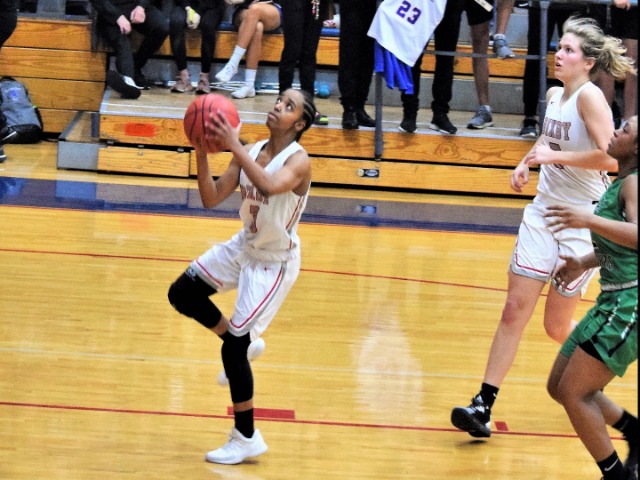 Bixby took a 15-point halftime lead at Broken Arrow before holding off the Lady Tigers, 64-57, last Tuesday. In front of a large Whitey Ford Field House crowd last Friday night, Bixby seized the early momentum in coasting to a 66-29 victory over Muskogee.

The challenges continue for the Lady Spartans as they visit 19th-ranked Jenks Tuesday, Feb. 5, and entertain sixth-ranked Bartlesville on Friday, Feb. 8.

“I feel we’re getting more consistent … that’s something we’ve been working on,” said Lady Spartan head coach Tina Thomas. “We have tough games coming up with Jenks, Bartlesville, Sand Springs and then Senior Night with Owasso. These are all games we can win.”

Bixby seized early control at Broken Arrow, leading 18-13 after one quarter and going on a 13-7 run late to expand the lead to 37-22 at intermission. BA outscored Bixby 38-27 in the final half to narrow the deficit.

“It was a very solid game. We didn’t want to go too up tempo at the start but when we went into the half-court press, we got some turnovers and then got some momentum,” Coach Thomas said. “Anytime you get a lead it’s easier to build up the momentum.

“I was pleased with everybody. They did everything we asked and the bench did a good job for us. They deserve to play because of their hard work and sacrifice in practice.”