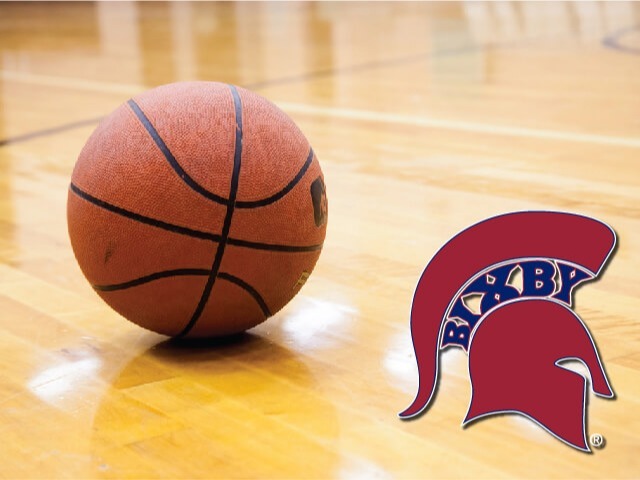 Bixby High’s Lady Spartans battled to the end in a pair of hard-fought Frontier Valley Conference games last week, finishing with a split decision.
Last Tuesday, 13th-ranked Bixby overcame a hot-shooting start by Jenks with a strong finish en route to a 59-57 victory in front of a large, vocal Whitey Ford Field House crowd.
Last Friday night at Bartlesville, the Lady Spartans were outscored 14-10 in the final quarter as the ninth-ranked Lady Bruins held on for a 43-42 victory.
Bixby, 4-2 on the season, returned to work this week before taking some time off for the holiday break. The Lady Spartans break will be brief as they’ll return to the practice floor to prepare for an appearance in the prestigious Tournament of Champions at Oral Roberts’ Mabee Center, Dec. 27-29. Bixby plays Class 3A’s top-ranked Tahlequah-Sequoyah in a first round game at 4 p.m. Thursday, Dec. 27.
No. 20 Jenks was hot from the field at the start last Tuesday, going on a 10-0 run for an early 10-4 lead and led 18-8 before Bixby’s Sydnee Schovanec and Kate Bradley scored off drives to trim the deficit to 18-12. A three-pointer in the final 20 seconds by Lady Trojan Haley Meely gave the visitors a 21-12 first quarter lead.
Jenks led 28-18 midway through the second stanza before the Lady Spartans went on a 10-0 surge to forge a 28-28 tie at halftime. Sophomore Janiyah Hendricks came off the bench to score six of Bixby’s points during the rally.
“We didn’t shoot the ball well the first quarter and they were shooting it well,” said Lady Spartan head coach Tina Thomas. “We had a different defensive mindset for this particular team from what we normally play and we had to remind them to do the different defense for this particular team.
“I was really pleased with them and their tenacity,” she added.
The third quarter was a nip-and-tuck affair before Schovanec, a 6-0 senior, took over. She canned a three-pointer and added two field goals in the final 1:49 to lead Bixby to a 46-42 lead going into the final quarter.
Six consecutive points by Schovanec gave Bixby a 52-45 lead with 5:26 left before Jenks rallied to take a 53-52 lead with four minutes remaining. A jumper by Sydney Page gave Bixby a 57-55 lead with 1:51 left.
Bixby struggled from the free throw line down the stretch – hitting two-of-five attempts. Free throws by Page and Schovanec gave the hosts a 59-57 lead with 23 seconds showing. Bixby’s Page missed the front end of a one-and-one with 14.6 seconds left but Schovanec sealed the win by blocking a field goal attempt by Meely with two seconds left.
Schovanec led Bixby in scoring with a season-high 24 points. She scored 13 consecutive BHS points late in the third quarter and early in the fourth stanza. She finished with 19 second half points. Meely led Jenks with 16 points.
“My team was hitting me in the right places for good shots,” said Schovanec, who played with a nagging sprained ankle. “They had the bigger girl on me and I was faster and able to take it to the hole when I moved outside.
“I was kind of scared they would call a foul on me on the block at the end, I was hoping for the best. I think this game showed our resolve coming back after being down in the first half.”
Hendricks and sophomore Ashley Moriarty played significant roles off the bench, contributing eight and five points, respectively.
“Dariann (Myles) and Sydnee both played through injuries … Dariann is in a boot except when she’s on the floor,” coach Thomas said of the senior guard. “Sydnee did a good job inside but once we moved her to the perimeter she was faster and got open for good shots.
“How about my bench? We have eight kids that can step in and play. I tell the girls off the bench the mindset that they need is to come in and be a sparkplug … that’s exactly what they did tonight,” she added.

In the battle at Bartlesville, Myles led the Lady Spartans in scoring with 14 points. Jena Williams and Chloe Martin led the Lady Bruins with 14 points each.
“It was a hard-fought game with a great atmosphere,” Coach Thomas said. “I’m just as proud of the girls on Friday night’s loss as I was on Tuesday’s win. They played hard, carried out the game plan and sought to play with excellence.
“A player on the Bartlesville team that is usually not a scoring threat made a couple of clutch shots and that was the difference. We’ll get better and will work on end of game management,” she added.
“We will practice as usual this week with a focus on improving our team. We plan to take off Thursday (Dec. 20) and watch the Tulsa and Arkansas game and we will also take a day to prepare for Tahlequah-Sequoyah in the first round of the TOC.”