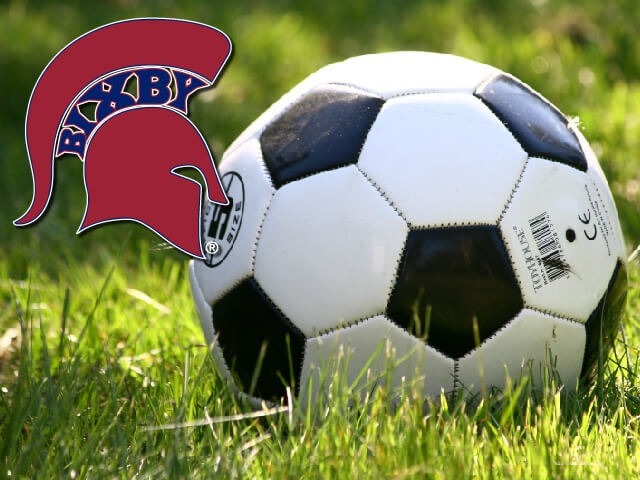 Despite missing a starting guard, Bixby High’s No. 16 Lady Spartans competed to the final horn before dropping a 46-33 decision to top-ranked Edmond Memorial in the championship game of the Bixby Girls Invitational last Saturday evening at Whitey Ford Field House.

It was the first loss of the season for the 3-1 Lady Spartans, who reached the finals after victories over Putnam North (62-38) in the semifinals and Lincoln Christian (65-25) in the first round. Unbeaten Edmond Memorial, 6-0, defeated Southmoore and Midwest City to reach the finals.

Bixby played the championship game without senior guard Dariann Myles, who sprained her right ankle in the Putnam North game. The Lady Spartans battled through the loss of one of its scoring leaders with a solid showing early against the Lady Bulldogs.

Tied at 9-9 with 1:10 left in the first stanza, Bixby captured a 14-9 lead as the quarter ended after a three-point goal by senior Sydnee Schovanec and a lay-in with two seconds left by junior Avery King.

A layup by senior Sydney Page - following a Lady Bulldog turnover - gave BHS a 16-12 lead at the 6:38 mark. From that point on, Memorial adjusted its defensive game plan and found the range offensively by going on an 11-0 run for a 23-18 halftime advantage.

Bixby struggled offensively in the middle periods, scoring four points in the second quarter and six in the third before getting the offensive going again late in the game.

“We did great against their man defense at the start but when they went to the zone we struggled and weren’t as aggressive,” Lady Spartan head coach Tina Thomas said. “Their defense was good … there’s a reason they are ranked No. 1 in the state.

Schovanec led Bixby in scoring with 14 points. Edmond Memorial senior guard Taylor Norman, who scored 20 points in the championship game, was named the tourney’s Most Valuable Player. Norman led the first half charge for the Lady Bulldogs, scoring 16 of her game-high 20 points.

Schovanec and Myles represented Bixby on the all-tournament team.

“Sydnee played well and took command of the game late and was very vocal tonight. Kate Bradley really stepped it up tonight and if you gave an MVP of the tourney for defense, Savanna Stout would hands-down win. Page did a lot of good things and Avery King made her first start and played well against their D1 commit (6-3 junior Arizona State commitment Katelyn Levings),” Coach Thomas said.

“Ashley Moriarty and Janiyah Hendricks off the bench have added valuable minutes to our team. They are really coming along.”

In the 65-25 win over Lincoln Christian in the tourney opener last Thursday, Myles scored 17 points, King had 11 and Schovanec contributed 10 as all eight Lady Spartans scored in the game.

NOTEBOOK – The Lady Spartans remain home Tuesday, Dec. 11, when they host Jenks, starting at 6:30 p.m, followed by the boys’ game. Bixby plays its final game before the Christmas break Friday, Dec. 14, at Bartlesville, starting at 6:30 p.m. Bixby’s boys play Bartlesville following the girls’ game. … Bixby opened the 2018 season with a 78-24 romp at Muskogee on Tuesday, Dec. 4. Myles and Schovanec led the balanced Lady Spartan attack with 15 and 14 points, respectively. … Bixby, a Class 6A State Tournament participant last season, was ranked No. 10 in the preseason before moving down in the rankings to No. 16 prior to playing a game. … Myles was wearing a protective boot on her right foot during the finals game. Her availability for the Lady Spartan games this coming week is uncertain.